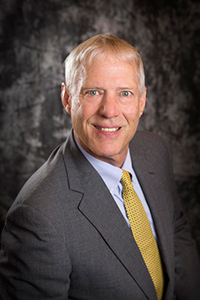 Born in Lansing Michigan in 1951, Michael R. McKinley received his undergraduate A.B. degree from Dartmouth College in 1973 before attending the University of Florida to earn his J.D. degree in 1978.

In 1980, Mike served as the first Assistant County Attorney employed by Charlotte County.

Since 1981, McKinley has served as attorney for the School Board of Charlotte County, and has developed extensive experience in local government, real estate, business and land development and corporate law throughout his career.

Mr. McKinley also represents the School Boards of Glades, Hardee Counties as well as the Supervisor of Elections for Charlotte County.

His memberships include The Florida Bar, Charlotte County Bar and American Bar Associations. He is active in his community and has served on several significant boards, including: