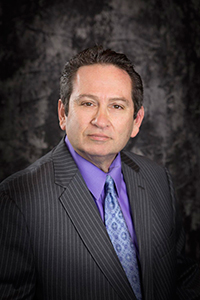 Originally from Davenport, Iowa, Warren R. Ross comes to us from the University of Akron College of Law, where he received his Juris Doctorate in 1983. Prior to earning his law degree, Warren earned a B.A. in English Literature in 1978 from Swarthmore College. Since joining The Wotitzky Law Firm, Warren’s practice areas have encompassed all areas of civil litigation with a particular focus on creditors’ rights, homeowners’ and community association law, inheritance disputes, and personal injury law. In addition, Warren is pleased to provide legal services pertaining to asset protection and all aspects of land use, including zoning and real property law disputes.

Before joining our firm, Warren served as a County Attorney for Charlotte County from 1988 to 1989, during which he played an instrumental role in the development of the comprehensive land use plan. He also clarified questions regarding the application of the Sunshine Law to meetings of the Board of County Commissioners.

Warren has authored the following publications:

Warren is admitted to practice in all Florida and Ohio state courts, including the following:

He is also an unwavering supporter of community improvement initiatives, believing that legal professionals have an obligation to participate in community outreach for the betterment of their neighbors. Warren’s honors and activities include:

Over the years, Warren has handled countless cases with skill and professionalism, always working toward his clients’ best interests. In 2006, Warren served as attorney to homeowners adjacent to a vacant lot that was the subject of a variance controversy. Warren’s skillful handling of this zoning case resulted in his clients’ favorable outcome.

Some of the appellate cases Warren has handled include the following:

“I am writing just to let you know once again how pleased I am with your professionalism in the recent investigation into the legally wrongful death of my mother. Both you and Jack were compassionate and diligent in your handling of the case.”
–Jerry Heber

“I read in the paper today that you have just received the Florida Bar’s Pro Bono Award for your work for the poor. As a citizen of Charlotte County, I just wanted to drop you this line and offer my congratulations to you, and thank you for these works.”
–Randy W. Upp

“I appreciate the manner in which you have handled this matter. It is not often that I deal with attorneys such as yourself.”
–J. Scott Pickerel, Jr.

“Your column, “Legally Speaking,” is well received and an excellent lesson. Your firm is embedded in Punta Gorda history and a gathering of highly intelligent individuals.”
–Ernest Maresca

“I could not leave on my trip today without first sending you my sincere thanks for the excellent job you did representing us before the Charlotte County Board of Commissioners on Tuesday. What makes it more remarkable is the fact that although you were given the case at such a late date, you were able to outmaneuver the opposing attorney who had months to prepare his case. The huge effort you made on behalf of our group did not go unnoticed or unappreciated and we are both pleased by the outcome and grateful that we were represented by you. We will definitely heed your advice to adopt a proactive stance. At this point, we are all fired up and ready to take positive action to ensure that our community is improved.”
–Jean R. Summerville

“Warren, I am truly impressed not only by your lawyering skills but also how your brain and reasoning abilities put everything together flawlessly. Thanks again for a great job!”
–Steve & Donna W.